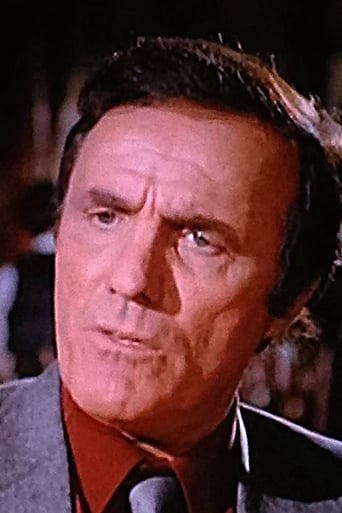 A native New Yorker, James Luisi attended St. Francis College in Brooklyn Heights on a basketball scholarship. He served in the Army during the Korean War. He then played one season (1953-54) with the Baltimore Bullets in the National Basketball Association. His acting career began on the stage with early parts coming in the Broadway musicals "Sweet Charity" and "Zorba". His early movies were minor, though his "beefcake" appeal was evident in 1973's I Escaped from Devil's Island (1973) in which he rarely wore a shirt. Most of his later work was on TV. In 1976 he shared a "best actor" daytime Emmy for playing George Washington in a daytime drama special titled First Ladies Diaries: Martha Washington (1975). Also in 1976 he started his four-season role as Jim Rockford's (James Garner) nemesis Lt. Chapman in The Rockford Files (1974). In 1983 he played the cop in charge of some street-gang-members-turned-undercover-agents in the short-lived series The Renegades (1983), which provided a boost for Patrick Swayze, who played one of the gang members. Along with guest spots on numerous TV shows, Luisi also appeared in the soap operas Days of Our Lives (1965) and Another World (1964). In the 1990s he returned to acting in and directing stage work in the Los Angeles area. Stricken with cancer he passed away on 7 June 2002 and is survived by his wife of 41 years, the former Georgia Phillips.