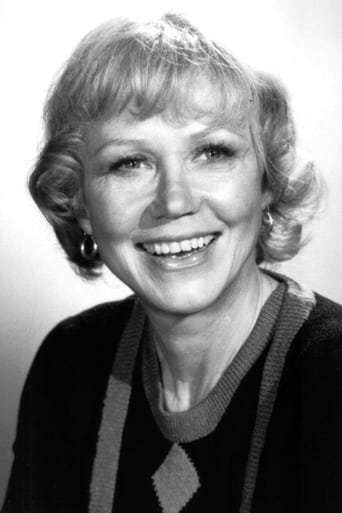 From Wikipedia, the free encyclopedia. Audra Marie Lindley (September 24, 1918 – October 16, 1997) was an American actress, most famous for her role as landlady Helen Roper on the sitcom Three's Company and its spin-off, The Ropers. Born in Los Angeles, California, Lindley was the daughter of show business parents. She got her early start in Hollywood by being a stand-in, which eventually progressed to stunt work. Nothing panned out, and she went to New York in her mid-20s to work in theater. Among her many Broadway plays were: On Golden Pond, Playhouse 90, Long Day's Journey into Night, and Horse Heavens. She took time off to get married and raise five children. Upon resuming her career, she began to make steady appearances on television, including the role of Sue Knowles on the CBS soap opera Search for Tomorrow, and a six-year stint as manipulative "Aunt Liz" Matthews on the NBC soap opera Another World. She also had regular roles as Meredith Baxter's mother in the sitcom Bridget Loves Bernie, as well as Lee Grant's best friend in Fay. Her greatest fame arrived when she began playing the wisecracking, perpetually unfulfilled and sexually frustrated Helen Roper on the hit sitcom Three's Company (1977). (Lindley wore a wig to maintain the character's exaggerated hairstyle.) The character and her husband, Mr. Roper (played by Norman Fell), were spun off to their own show, The Ropers (1979), which was not a success. Lindley continued to appear steadily on television and in film, such as Revenge of the Stepford Wives in 1980 and as Fauna, the owner of the "Bear Flag Restaurant," a Monterey, CA brothel portrayed in the 1982 film Cannery Row. In 1982, she appeared in the film Best Friends starring Goldie Hawn and Burt Reynolds. One of her last roles was a character part in the lesbian-themed film Desert Hearts (1985). Lindley wanted to reshoot one key scene. The director, Donna Deitch, replied that they did not have the budget for reshooting. Lindley said that she would buy a portion of the film if Deitch let her do just that one take again. Deitch agreed, and Lindley kept her word. Lindley garnered further parts of all sizes in various TV films and series, including playing Phoebe Buffay's grandmother on Friends, and her last, a recurring role as Cybill Shepherd's mother on the CBS sitcom Cybill. She had also played Shepherd's mother in the 1972 film The Heartbreak Kid. Lindley died from leukemia on October 16, 1997, at Cedars Sinai Medical Center with a Cybill script by her hospital bedside. She was married to and divorced from Dr. Hardy Ulm (1943–1960); they had five children. She later married and divorced James Whitmore (1972–1979) Description above from the Wikipedia article Audra Lindley, licensed under CC-BY-SA, full list of contributors on Wikipedia