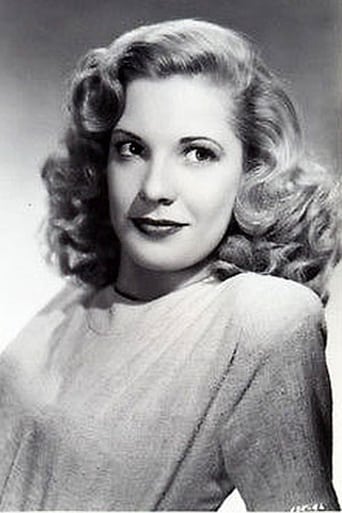 From Wikipedia, the free encyclopedia Gale Sherwood (March 4, 1929 – December 31, 2017) was a Canadian singer and actress, born Jacqueline Nutt. She was best known as the singing partner of Nelson Eddy from 1953 until his death in 1967. Sherwood was born in Hamilton, Ontario and graduated in 1945 from the Mar-Ken School, a preparatory high school that catered to children in (or with parents in) the entertainment industry in Hollywood, California. At the age of 5 she began singing on Canadian radio, three years before her family moved to California. Her film and television roles included juvenile roles as Betty in They Shall Have Music (1939) and High School Singer in Let's Make Music (1941). As an adult, she appeared as Meelah in Blonde Savage (1947), Ellen Forrester in Rocky (1948), Sophia in Song of My Heart (1948), Yvonne in Naughty Marietta (TV 1955), Morgan Le Fay in A Connecticut Yankee (TV 1955) and Margot, opposite Eddy, in The Desert Song (TV 1955). She sang with Eddy on television and in his nightclub act from 1953 until his death in 1967. Her stage roles included an appearance as Julie in Show Boat in 1967 with the Los Angeles Civic Light Opera. Sherwood died in the State of Florida on New Year's Eve in 2017, at the age of 88. She was divorced from her first husband, Howard Wayne McCoy, Jr., and was the widow of Charles Edward Francis, who preceded her in death in 2008.