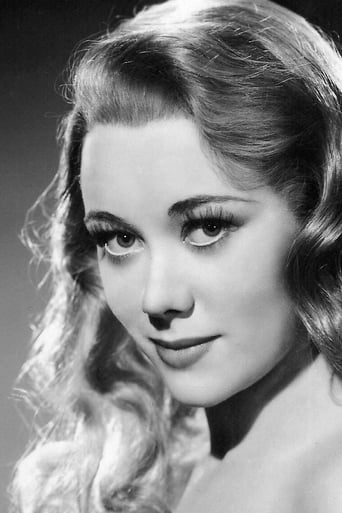 A retired husky voiced British stage, television and film actress, dancer, pianist, and singer. Born on October 6, 1923 in Pretoria, South Africa as Glynis Margaret P. Johns, while her parents were on tour. She is the daughter of actor Mervyn Johns and Alice (Alyce) Maud Steele Wareham (1901 - 1970) who was an Australian concert pianist. Another source gives the spelling of her name as Alys Maude Steel-Payne. Glynis was always proud of her Welsh roots and took delight in playing the female lead (opposite Richard Burton) in the classic Under Milk Wood (1971). She is best known for her light comedy roles and often playful flirtation and creating the role of Desiree Armfeldt in A Little Night Music on Broadway, for which she won a Tony Award, and for her role as the suffragette mother Winifred Banks in Walt Disney's musical motion picture box office smash Mary Poppins (1964). In both roles, she sang songs written specifically for her, including "Send in the Clowns", composed by Stephen Sondheim, and "Sister Suffragette", written by the Sherman Brothers. Although she is probably best loved for her fishy roles in Miranda (1948) and Mad About Men (1954). She had earlier showed she could take on the serious roles as well as in Frieda (1947). Most recently seen (at the time of writing) in Superstar (1999). She was nominated for an Oscar for her work in the 1960 film The Sundowners. She is notable for the breathy quality of her husky voice and her eternally upbeat persona.