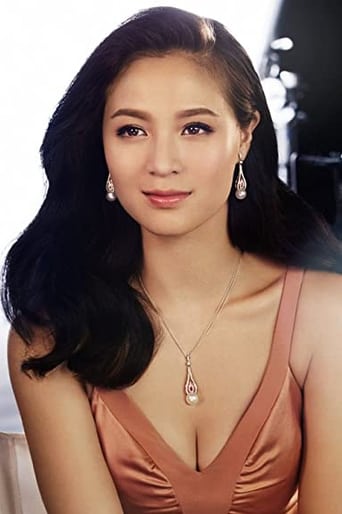 With twelve feature films and six television series to her name, Grace represents the best of East meets West. Fluent in English, Mandarin, and Cantonese, Grace has acted in all three languages on-screen in award-winning films and blockbusters in the Asia Pacific region and was honored with the Best Actress Award at the 2011 HollyShorts Film Festival in Los Angeles for her portrayal of the vigilante Ava Chen in "Bloodtraffick". Best known English language projects include 'Independence Day Resurgence', the long-awaited sequel to the 1996 blockbuster by director Roland Emmerich, lead female 'Anna' in the romantic drama "Lost for Words", 'Claire' the search and rescue team medic in the sci-fi thriller "Infini" and the Gemini fighting warrior in action-filled "The Man with the Iron Fists". Dedicated to bringing authenticity to every role, Grace often performs her own stunts. For example, she trained under (action director) Corey Yuen's team prior to filming Man with The Iron Fists and performed a staggering 95% of her action stunts - impressing and earning genuine respect from the stunt and production team. Grace's dedication and versatility are unrivaled by her peers whether it be on the screens, on the red carpet, or as an ambassador for international brands. Born in Taiwan of Cantonese descent and grew up in Sydney Australia, Grace possesses the unique combination and sensitivity of that cross-cultural upbringing. Grace holds a Bachelor of Commerce degree from the University of Sydney, with majors in Accounting & Commercial Law.