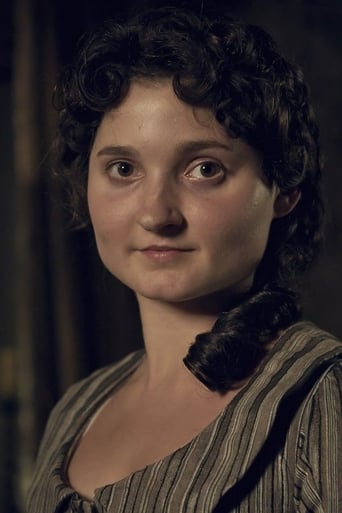 Ruby Bentall (born 3 April 1988) is an English actress, known for playing Minnie in Lark Rise to Candleford, Mary Bennet in Lost in Austen, and Verity Poldark in the 2015 BBC adaptation of Winston Graham's Poldark novels. Bentall was born at home in Camden, London. She is the daughter of actors Janine Duvitski and Paul Bentall. Bentall's first professional acting job was an episode of Holby City, which she filmed in 2006 while still at Richmond College. Bentall made her stage debut at the National Theatre in 2008, appearing in productions of DNA and The Miracle. She has also lent her voice to the BBC Radio 4 drama Sister Agnes Investigates. From Wikipedia, the free encyclopedia