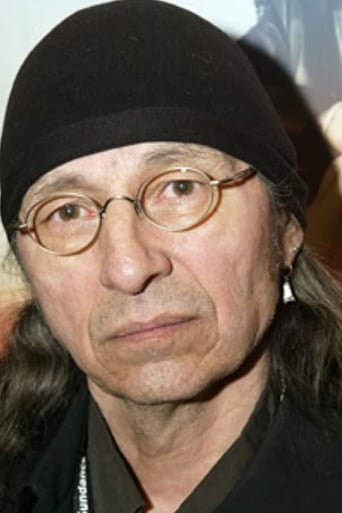 John Trudell is an American author, poet, actor, musician, and former political activist. He was the spokesperson for the United Indians of All Tribes' takeover of Alcatraz beginning in 1969, broadcasting as Radio Free Alcatraz. During most of the 1970s, he served as the chairman of the American Indian Movement, based in Minneapolis, Minnesota. After his pregnant wife, three children and mother-in-law were killed in 1979 in a fire at the home of his parents-in-law on the Shoshone-Paiute Tribes Duck Valley Indian Reservation in Nevada, Trudell turned to writing, music and film as a second career. He acted in three films in the 1990s. The documentary Trudell (2005) was made about him and his life as an activist and artist. Description above from the Wikipedia article John Trudell, licensed under CC-BY-SA, full list of contributors on Wikipedia.