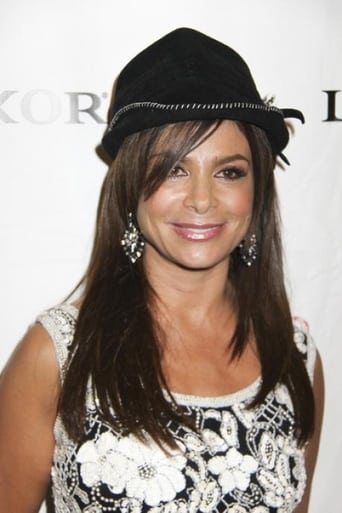 From Wikipedia, the free encyclopedia Paula Abdul (born June 19, 1962) is an American singer, songwriter, dancer, choreographer, actress, and television personality. She began her career as a cheerleader for the Los Angeles Lakers at the age of 18 and later became the head choreographer for the Laker Girls, where she was discovered by The Jacksons. After choreographing music videos for Janet Jackson, Abdul became a choreographer at the height of the music video era and soon thereafter she was signed to Virgin Records. Her debut studio album Forever Your Girl (1988) became one of the most successful debut albums at that time, selling 7 million copies in the United States and setting a record for the most number-one singles from a debut album on the Billboard Hot 100 chart: "Straight Up", "Forever Your Girl", "Cold Hearted", and "Opposites Attract". Her six number one singles on the Billboard Hot 100 tie her with Diana Ross for seventh among the female solo performers who have topped the chart. Abdul was one of the original judges on the television series American Idol from 2002 to 2009, and has since appeared as a judge on The X Factor, Live to Dance, and So You Think You Can Dance. She has received five MTV Video Music Award nominations, winning twice, as well as receiving the Grammy Award for Best Music Video for "Opposites Attract" in 1991. She received the Primetime Emmy Award for Outstanding Choreography twice for her work on The Tracey Ullman Show, and her own performance at the American Music Awards in 1990. Abdul is honored with a star on the Hollywood Walk of Fame.