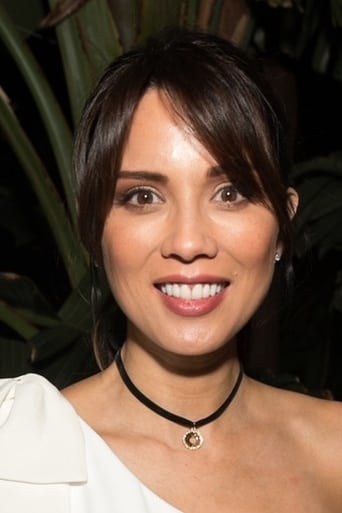 Lexa Doig (born Alexandra Lecciones Doig on June 8, 1973) is a Canadian TV and movie actress. She portrayed the title role in the 2000 - 2005 Canadian-American science fiction-adventure television series Andromeda. She also portrayed the female lead role of Rowan in the science fiction-horror movie Jason X (2002), the 10th installment of the Friday the 13th film series. Lexa Doig was born Alexandra Lecciones Doig in Toronto, Ontario, Canada on June 8, 1973. Nicknamed "Spark," she is the younger child of Gloria B. Lecciones and David W. Doig. Her mother is a FilipinoRegistered Nurse who originally came from Dumaguete City, Philippines, and her father is a Canadian engineer of Scottish and Irish descent who was a petroleum Executive Officer in Toronto. Doig is a cousin of American martial artist-stunt performersRey-Phillip Santos and Rowland Santos. As a child, Doig studied rhythmic gymnastics and, as a teenager, she studied American Sign Language. At the age of six, she wrote and directed her first school play, Strawberry Shortcake, giving the lead role to her best friend. She developed a strong interest in acting and became inspired to become an actor at age 9 after she watched a theatre production of Porgy and Bess, an opera by George Gershwin. Subsequently she participated in as many church and school stage plays as she could. While completing compulsory secondary education at Don Mills Collegiate Institute, she also enrolled in a vocational modelling programme where at age 16, she was immediately offered representation by a talent agent, which she accepted. She was immediately booked in various modelling projects. She chose to drop out from her final year in high school to pursue an acting career as occupation. The initial media exposure led to her co-hosting the Canadian game show Video & Arcade Top 10 with friend Gordon Michael Woolvett on YTV, from 1991 to 2006. While auditioning for television and film roles, she worked on theatre productions of Romeo and Juliet and Arsenic and Old Lace Description above from the Wikipedia article Lexa Doig, licensed under CC-BY-SA, full list of contributors on Wikipedia.