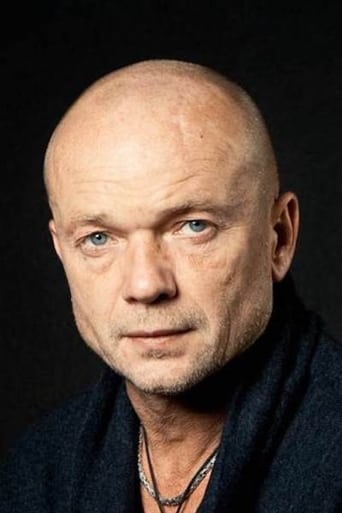 Andrey Smolyakov was born in Podolsk, Moscow Oblast, in 1958. He studied for three years at the Boris Shchukin Theatre Institute before graduating in 1980 from the State Institute of Theatre Arts and beginning his acting career on the stage of the Moscow Art Theatre. Between 1984 and 1986, he worked with the Satyricon Theatre, and in 1987 joined the Oleg Tabakov Studio Theatre in Moscow. Smolyakov made his big screen debut in 1978, and has since appeared in more than 80 films, working with many of Russia’s leading directors. Notable credits include “Daddy” (Vladimir Mashkov, 2004), “Escape” (Egor Konchalovsky, 2005), “Stalingrad” (Fedor Bondarchuk, 2013), and “Viking” (Andrey Kravchuk, 2016).