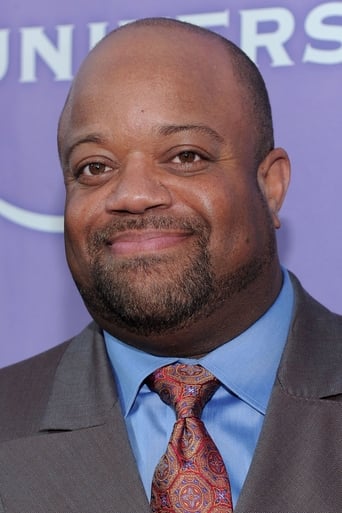 ​From Wikipedia, the free encyclopedia Mark Christopher Lawrence (born May 22, 1964) is an American character actor, stand-up comedian and voice-over artist. He is perhaps best known for his role as esoteric D.J., Tone Deaf, in the 1994 satirical rap mockumentary, Fear of a Black Hat. He has co-starred in popular films such as Terminator 2: Judgment Day, Planet of the Apes, Lost Treasure and The Pursuit of Happyness. Lawrence can currently be seen in his regular role as Big Mike on the NBC series Chuck. He has made guest appearances on many television programs, most notably Heroes, My Name Is Earl, Crossing Jordan, Dharma & Greg, Malcolm in the Middle, Touched by an Angel, Malcolm & Eddie, Men Behaving Badly, Seinfeld, Murphy Brown, and Martin. He is also featured on the Radio Series Adventures in Odyssey as "Ed Washington". Description above from the Wikipedia article Mark Christopher Lawrence, licensed under CC-BY-SA, full list of contributors on Wikipedia.