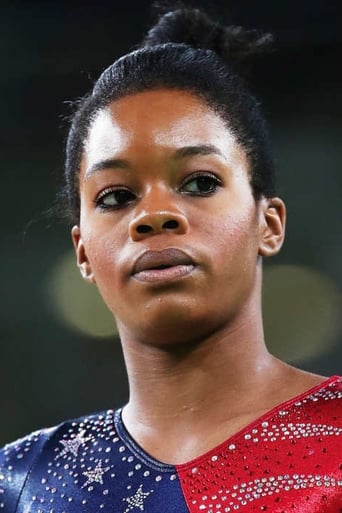 Gabby Douglas (born December 31, 1995) is an American artistic gymnast. She was a member of the United States women's national gymnastics team, dubbed the Fierce Five by the media, at the 2012 Summer Olympics, where she won gold medals in the individual all-around and team competitions. She was also a member of the gold-winning American team at the 2011 and the 2015 World Championships, and the all-around silver medalist at the 2015 World Championships. She was part of the Final Five at the 2016 Summer Olympics, where she won gold in the team competition. Douglas is the first African American or the first of African descent of any nationality in Olympic history to become the individual all-around champions, and the first U.S. gymnast to win gold in both the individual all-around and team competitions at the same Olympics. She and Simone Biles are the only two American all-around champions to win multiple gold medals in a single Olympic Games. Douglas is the first female reigning Olympic all-around champion to return to the World Championships and medal in the all-around since Elena Davydova in 1981. Gabby Douglas was also the 2016 AT&T American Cup all-around champion. As a public figure, Douglas' gymnastics successes have led to her life story adaptation in the 2014 Lifetime biopic film, The Gabby Douglas Story, as well the acquisition of her own reality television series, Douglas Family Gold.