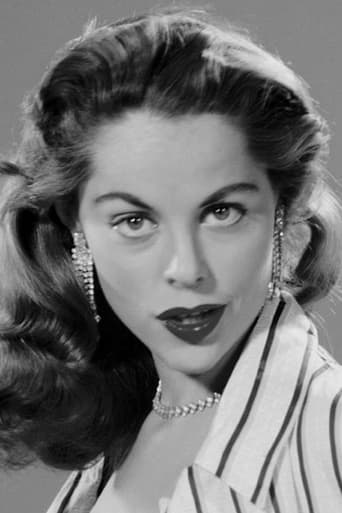 Diane Webber (born Marguerite Diane Empey) was a model, actress and dancer, born in Los Angeles, California. As a girl, she received ballet lessons from Russian ballet dancer Maria Bekefi and became a chorus girl in San Francisco in the early 1950s. She modeled for numerous men's magazines throughout the 1950s and '60s, posing for renowned photographers such as Bunny Yeager, Peter Gowland and film director Russ Meyer. Under her birth name Marguerite Empey, Webber became Playboy's Playmate of the Month on two occasions, in May 1955 and February 1956 (the latter shot by Meyer). In the late 1950s, Webber became a popular model for the covers of LP records, including albums by Nelson Riddle, Xavier Cugat and Les Baxter, and also began appearing in bit parts on TV and, later, in films. In the mid to late 1960s, she embraced nudism and became a vocal advocate for the lifestyle. Webber was also skilled at Middle Eastern bellydancing and served as a professional bellydancing instructor in Van Nuys, California from 1969 to 1980. She died in Los Angeles on August 19th, 2008, following complications from surgery for cancer.