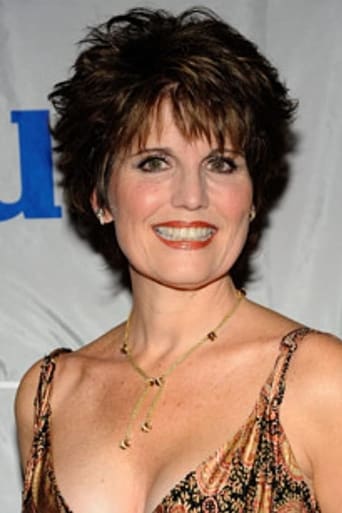 Emmy Award winner Lucie Arnaz is the daughter of television legends Desi Arnaz and Lucille Ball and sister of actor Desi Arnaz Jr. Lucie Arnaz appeared from an early age on her mother's TV shows and was prominently featured as Ms Ball's daughter in Here's Lucy from 1968 to 1974. Arnaz branched out into television roles independent of her family from the mid-1970s. In 1975, she played murder victim Elizabeth Short in an NBC telefilm of Who is the Black Dahlia?, and she starred with Lyle Waggoner and Tommy Tune in Welcome to the "World," The Wonderful World of Disney special commemorating the grand opening of Space Mountain at Walt Disney World in Orlando, Florida. In 1978, she appeared in an episode of Fantasy Island as a woman desperately trying to save her marriage. She has continued to make appearances in a number of popular television series over the years, including Murder, She Wrote, Marcus Welby, M.D., Sons and Daughters (CBS, 1991), Will & Grace and Law & Order. Arnaz also had a short-lived series of her own, The Lucie Arnaz Show, on CBS in 1985. The show was about psychologist Dr. Jane Lucas who answers questions from the public on her radio show called "The Jane Lucas Show" and in a magazine. The show first premiered on April 2, 1985, but was pulled off the air after 4 episodes aired. The remaining two episodes aired on June 4 and June 11, 1985. Another eponymous series, this one a late-night-style talk show, aired for one season from 1995 to 1996. It was unsuccessful, but The Rosie O'Donnell Show would use the same format a year later to much greater success. She won an Emmy Award for Outstanding Informational Special, in 1993 for her documentary about her parents, Lucy and Desi: A Home Movie. Arnaz has made numerous feature-film appearances, but is best remembered for her debut in The Jazz Singer (1980) in which she co-starred with Neil Diamond and Laurence Olivier. She earned a nomination for the 1981 Golden Globe Award, Best Supporting Actress in a Motion Picture. However Arnaz' greatest success has come in the theatre, where she has worked continually since the mid-1970s. She made her Broadway debut in February 1979 in the musical They're Playing Our Song. Arnaz won the Theatre World Award and the Los Angeles Drama Critics Circle Award for Best Actress in a Musical for her portrayal of Sonia Walsk. In 1986, she won the Sarah Siddons Award for her tour with Tommy Tune in the international company of the musical My One and Only. In 2000 she made her London debut in the new musical The Witches Of Eastwick.