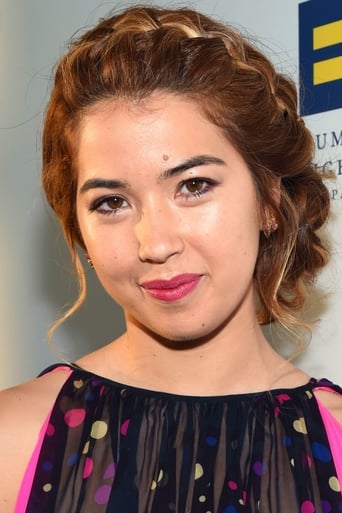 Nichole was born and raised in the San Francisco Bay Area. Her mother is Japanese, and her father is white. She loved recreating characters and doing funny voices from a very young age. As a child, she begged her parents to help her get an agent, and then at the age of 14, she moved to Los Angeles to pursue acting as a career. Nicole attended Santa Susana High School in Simi Valley. Nichole went on to attend USC as a Theater major and graduated early, after three years. She says it was a challenge for her to get cast in the university's own plays because she dedicated so much of her spare time to professional auditions outside of school. She started her career in 2010 with the lead role in the independent short film Everyday. The next year she starred in another short film, Carpool, opposite Morgan Pavey and Andy Dulman. She gained widespread recognition in 2012 as JB's Girl in Project X. Project X was a box office success, earning 100.9 million in total box office sales, on a budget of only 12 million. In 2012 she starred in the independent film Model Minority, her first lead role. The film won awards at the Sacramento Film Festival, London Independent Film Festival, Los Angeles Asian Pacific Film Festival, Las Vegas Film Festival, among others. Bloom also garnered a Special Jury Prize at the 28th Los Angeles Asian Pacific Film Festival for Best New Actress. She has also done commercial work and modeled for American Apparel.