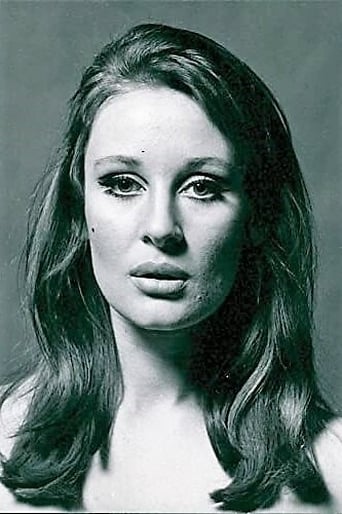 From Wikipedia, the free encyclopedia Gabriella Licudi (born September 14, 1941, Casablanca, Morocco) is a Moroccan-born British former actress. Born in Casablanca while her father, a Greek naval engineer, was stationed there, Gabriella Licudi was educated in England, France and Spain before settling permanently in England at the age of fifteen. Initially planning to teach elocution, she studied at the Central School of Speech and Drama, where she was spotted by an agent while performing in a class production in 1961. Her first major role on stage was John Mortimer's Two Stars for Comfort, starring Trevor Howard which ran for nine months in London's West End. Film producer Samuel Bronston attended a performance and offered her a small role in The Fall of the Roman Empire (1964). Other roles included as a widowed expatriate opposite Patrick McGoohan in the 1965 episode of Danger Man titled "English Lady Takes Lodgers". Licudi also had appeared in the James Bond spoof Casino Royale (1967) opposite Deborah Kerr, the Henry Hathaway film The Last Safari (1967), and a lead role in Don Levy's experimental feature Herostratus (1967). Gabriella Licudi made her last film appearances in the early 1970s. She and her South African husband ran a safari lodge for several years before she eventually returned to London to run her own production company.   Description above from the Wikipedia article Gabriella Licudi licensed under CC-BY-SA, full list of contributors on Wikipedia.