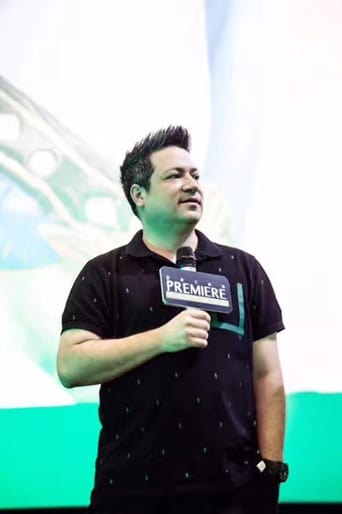 Dayyan Eng, known as Wu Shixian to audiences in China, is a Chinese-American filmmaker of Chinese, English, and Persian ancestry, who grew up in three continents. He studied film arts at the University of Washington and transferred to the Beijing Film Academy, where he finished his undergraduate studies in directing. In 2001, he wrote and directed Bus 44, starring Chinese film star Gong Beibi. The film premiered and won awards at the 2001 Venice Film Festival and 2002 Sundance Film Festival, and was invited to 2002 Cannes Film Festival "Directors' Fortnight" - becoming the first Chinese short film to be invited in all three festivals' history. The film was covered extensively in the Chinese media and was critically acclaimed in both China and Europe and gained TV and theatrical distribution in territories worldwide. In 2005, Eng wrote and directed a Chinese independent feature film Waiting Alone, starring an ensemble cast of Chinese stars including Xia Yu, Gong Beibi, Li Bingbing, and featuring cameos from some of Asia's most well-known actors including Chow Yun-fat. The film has been called one of 2005 "best films" by over 50 media. Waiting Alone became a hit after its September 2005 domestic China wide-release, and went on to receive 3 nominations (including Best Picture) at the Chinese Academy Awards (Golden Rooster Awards) -- the first ever in the history of the awards by a foreign director. The film remains the highest-rated romantic comedy in China on Douban and other review sites. Eng was invited, in 2007, to direct the first-ever opening short for the Chinese academy awards. He got some of Asia’s biggest stars, Ziyi Zhang, Liu Ye and Ge You, to spoof the action-movie genre in a humorous send-up on national TV in China. In 2011, Eng wrote, directed, and produced Inseparable starring Oscar-winner Kevin Spacey, Daniel Wu, Gong Beibi, Yan Ni, and Peter Stormare. The quirky psychological suspense/dramedy debuted at the Busan International Film Festival in 2011 to positive reviews and was released in China in May 2012. Inseparable was named as one of The Wall Street Journal’s Top 10 Most Notable Asian Films of the Year. In 2017, Eng directed the indie fantasy-comedy Wished (co-written by Justin Malen), which beat local box office estimates at the time to gross RMB$70 million. It held the highest audience scores (averaging 8.0/10) for live-action comedies released that crowded summer, and gained a total of 100,000,000 paid views across the top three online movie platforms in just over two weeks in China. Wished starred Xia Yu, Yan Ni, K-pop star Victoria Song along with cameos from China’s biggest names including Daniel Wu, Wang Baoqiang, Bao Bei'er. Wished went on to win a Golden Angel Award at the 2017 Chinese American Film Festival, and Best Fantasy Film and Best Director awards (in addition to wins in several other major categories, including Best Actor/Actress, Best Editing, Best VFX) at the 2018 Los Angeles Film Awards and New York Film Awards. It was an official selection at the 37th Hawaii International Film Festival. The film was optioned in 2019 to be remade into a Hollywood film, with Eng attached to executive produce. Eng divides his time between Beijing and Los Angeles. He’s multilingual, and reads and writes English, Chinese, and Farsi.