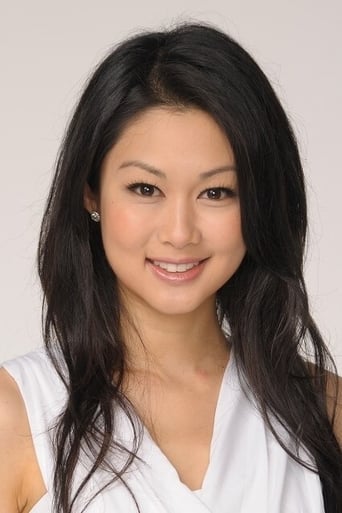 Eliza Sam is a Canadian actress based in Hong Kong, currently under contract in TVB. She won the Miss Chinese Vancouver Pageant in 2009, and went on to win the 2010 Miss Chinese International Pageant. After winning the Miss Chinese Vancouver title 2010, Sam was involved supporting organizations such as the Canadian Cancer Society and S.U.C.C.E.S.S.. She won the World Chinese Entrepreneur Scholarship in January 2010, hosted by The 4th World Chinese Entrepreneurs Convention, Canada Founding & Development Society. Sam's family are Hoa, with parents of Chinese descent from Vietnam, and grandparents from Guangdong and Fujian. She was born and raised in Vancouver, Canada. Eliza has also stated publicly that she is a Christian. She graduated from Surrey's Kwantlen Polytechnic University in 2010, with a bachelor's degree in Business as well as a diploma in Marketing Management and a diploma in Fashion Design and Technology. She was an English teacher prior to participating in Miss Chinese International. After winning the Vancouver pageant, Sam represented Vancouver in the Miss Chinese International Pageant 2010 organized by TVB. During her final speech (which was to void points from the previous performance segments) she talked about her Cantonese being weak, and thus spending one year to practice and improve her Cantonese. Sam won the competition under the new voting system. Later she signed with TVB. On 2 December 2016, Sam openly acknowledged her engagement on social media with her out of industry boyfriend Joshua Ngo. They married in Vancouver on 17 December 2016. In mid-June 2018 Sam announced on her social media that her eight-year contract with TVB has come to an end.