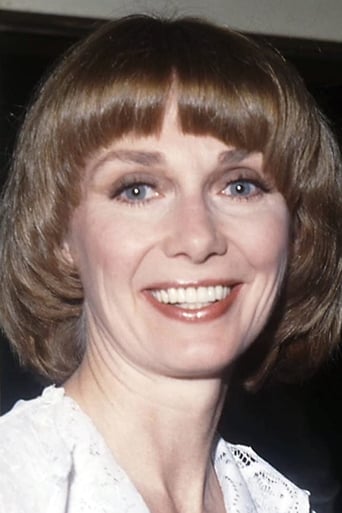 ​From Wikipedia, the free encyclopedia Inga Swenson (born December 29, 1932; Omaha, Nebraska) is an American actress. Inga Swenson was a graduate of Central High School in Omaha, Nebraska, Class of 1950. Swenson was a member of Alpha Phi sorority at Northwestern University where she studied in their famed Drama Department. Swenson is best known to American audiences for her portrayal of "Gretchen Kraus", the autocratic and acerbic German cook (later Head Housekeeper and Budget Director) on the TV sitcom Benson. She got the part by appearing in a multi-episode stint as "Ingrid Svenson", birth mother of Corinne Tate (Diana Canova), on the tv sitcom Soap. Both series were created by Susan Harris and produced by Witt-Thomas-Harris Productions (who later created The Golden Girls and Empty Nest. She also appeared as northern matriarch Maude Hazard in the acclaimed mini-series North and South in 1985 and again in 1986. Earlier in her career, Swenson had a notable turn on the TV western series Bonanza in two episodes: "Inger, My Love" (1962) and "Journey Remembered" (1963). Swenson took a brief leave of absence from her starring role in 110 in the Shade on Broadway to appear in "Journey Remembered." The appearances were significant in that she played Lorne Greene's Ben Cartwright character's second wife, the mother of Hoss Cartwright, played by Dan Blocker, She was actually four years younger than Blocker. After Bonanza ended its 14-year run, Swenson guest starred in an episode of Lorne Greene's short-lived crime drama Griff. Also early in her career Swenson had supporting roles in the films Advise and Consent (1962) and The Miracle Worker (1962) in which she played Helen Keller's mother. She is a trained lyric soprano and starred on Broadway in New Faces (circa 1956), The First Gentleman (1959) and received Tony Award nominations for Best Actress in a Musical for her performances in 110 in the Shade (1964) and Baker Street (1965). Swenson is married to actor-singer Lowell Harris, with whom she had two sons, James (deceased) and Mark. Though her Swedish-sounding name and trademark accent on Benson suggest otherwise, she was born and raised in the U.S., and normally speaks with an American accent. Description above from the Wikipedia article Inga Swenson, licensed under CC-BY-SA, full list of contributors on Wikipedia.