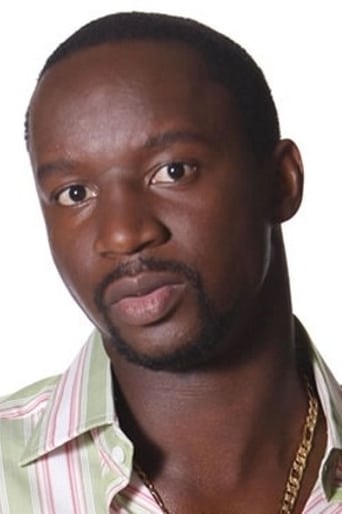 Nat Ramabulana (sometimes credited as Nathaniel Ramabulana) is a South African actor best known for his role as Blessing in the SABC2 sitcom Askies, in 2009. He also starred as Khumo Lebone, the life of the party and devoted husband to Diksie (Lele Ledwaba), in the M-Net soap opera The Wild, from 2011-2012. Other television series he has acted in include Isidingo, Home Affairs, Nomzamo, Jozi-H, Justice for All and Life is Wild. In 2010 he played the role of Elphas in the SABC2 drama series The Mating Game. He also had a starring role as Sam in the Mzansi Magic musical comedy-drama miniseries Remix, a sequel to the 2012 television movie Tooth and Nails, in 2013.