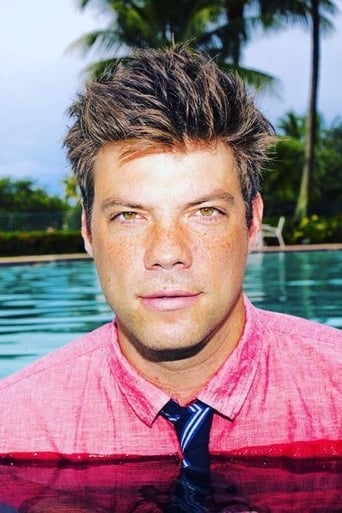 Brian Drolet originally grew up and was raised his whole life in Queens, NY, and started his collegiate career in Garden City, Long Island on an art scholarship at Adelphi University majoring in Graphic Design and playing for Adelphi's number one ranked Basketball team. After his sophomore year, with a hurt knee, he transferred to the University of Florida to pursue a degree in Electronic Intermedia, also with a scholarship for art. After graduating he moved back to NY to attend acting schools in Manhattan and to focus solely on acting. Not knowing how to get started, Brian recorded himself doing a bunch of different silly characters and impersonations and edited together using the pause/record button on a camcorder and a VCR. The tape was completely amateurish but he just started knocking on doors and doing blind submissions, determined to find people to help him achieve his dreams. His mother suffered from the disease Scleroderma for most of his life. Seeing her struggle for her health from a young age sculpted Brian's mentality toward life. He realized it was short and precious, and he decided from a young age he would live it to the fullest and go after all his big dreams no matter how impossible they may seem. So pushing past all the "no's" and rejections he just kept plugging along and eventually someone saw potential and sent his tape to someone at MTV. MTV called him in and gave him 15 minutes on camera to improv. Brian told them he had "multiple personality disorder" and it may disrupt his audition. After 15 minutes of slipping in and out of different characters MTV asked him back the next day. He auditioned and booked his first ever television gig on the MTV show "Damage Control." He filmed 5 episodes straight and realized he may be on to something. Next he landed the lead in the off Broadway play, The Ecstasy In The Light. But after one year in New York, he headed to California seeking more opportunity and he got it, booking his first LA job on the Oxygen Network show, Campus Ladies with Jonah Hill, just weeks into town. But not being satisfied with small parts here and there he wanted to do more. Brian started doing stand up comedy around town, immersed himself in as many acting classes, improv classes, writing classes etc. And then decided he would start honing his energy on his dream, making his own movies. And in under 4 years he produced a low budget indie he wrote and is already currently in development on his next film(2011). Brian believes in working hard, always learning, and challenging himself to continue to manifest his creative visions. Brian has been an art major his whole life, his parents enrolled him in various advanced art programs throughout his childhood encouraging his creative drive, including animation camp, college level painting courses, as well as being involved in programs that taught sculpture and various other mediums. But having had a fascination with acting from early on, he took to writing and producing naturally seeing the whole movie-making process as one big art project that was the perfect medium to express himself. He is eager to continue to educate himself in every detail of movie making, including and especially directing. Brian has also appeared in ads and commercials for companies such as Bud Light, Sunkist Soda, Miller Lite, White Castle, Nike, NCAA, Perry Ellis and many more.