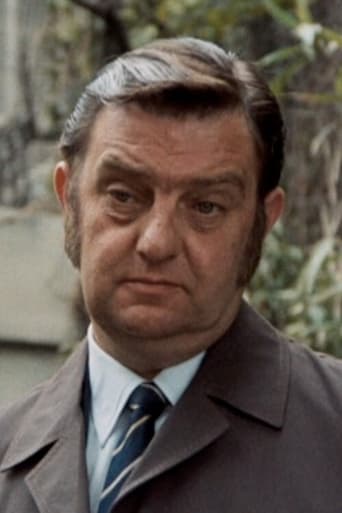 Bill Dean was a British actor who was born in Everton, Liverpool, Lancashire. He was born Patrick Anthony Connolly, but took his stage name in honour of Everton football legend William 'Dixie' Dean. After a atring of jobs, it was his work as a Lancashire club comedian that saw him spotted by Ken Loach who gave him his breakthrough role in his TV play The Golden Vision. Famous for his flat but penetrating Scouse tones, Dean went on to star as miserable pensioner Harry Cross in the long running Channel 4 soap Brookside from its inception in 1983 to 1990. He briefly returned to the series in 1999 for three episodes, when his character re-appeared in Brookside Close suffering from Alzheimer's disease and wrongly believing that he still lived there. The same character was the inspiration behind the 1980s group 'Jegsy Dodd and the sons of Harry Cross' who hailed from the Wirral and Dean himself appeared in the video of the Liverpudlian band The Farm's Groovy Train as Cross, who was a former train driver. He did of a heart attack aged 78 in 2000.