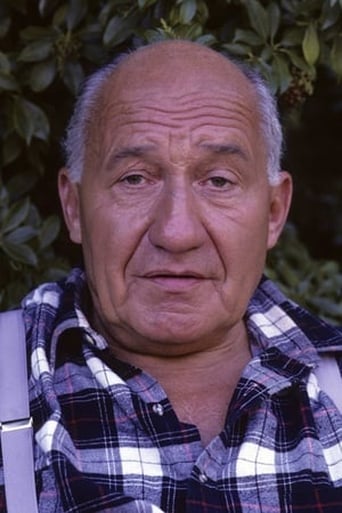 From Wikipedia, the free encyclopedia Walter Gotell (15 March 1926 – 5 May 1997) was a German actor, known for his role as General Gogol, head of the KGB, in the James Bond film series. Gotell was born in Bonn, Germany; his family emigrated to the United Kingdom after the Nazis came to power. A fluent English speaker, he started in films as early as 1943, usually playing German henchmen, such as in We Dive at Dawn (1943). He began to have more established roles by the early fifties, starring in The African Queen (1951), Ice-Cold in Alex (1958), The Guns of Navarone (1961), 55 Days At Peking (1963), Lancelot and Guinevere (1963), The Spy Who Came In From The Cold (1965), Lord Jim (1965), Black Sunday (1977), The Boys From Brazil (1978), and Cuba (1979). Gotell won the role of KGB General Anatol Gogol in The Spy Who Loved Me for being a look-alike of the former head of Soviet secret police Lavrentiy Pavlovitch Beria. His first role in the James Bond films came in 1963, when he played the henchman Morzeny in From Russia with Love. Starting in the late 1970s, he played the recurring role of General Gogol in the James Bond series, beginning with The Spy Who Loved Me in 1977. The character returned in Moonraker (1979), For Your Eyes Only (1981), Octopussy (1983), A View to a Kill (1985) and The Living Daylights (1987). As the Cold War developed, the role of leader of the KGB was seen to change attitudes to the West - from direct competitor to collaborator. His final appearance, as the Cold War began to become less imminent, sees him transferred to a different, more diplomatic role. Gotell is one of a few actors to have played a villain and a Bond ally in the film series (others being Joe Don Baker, Charles Gray and Richard Kiel). Throughout his career, Gotell also made numerous guest appearances in a wide array of television series. He played Chief Constable Cullen in Softly, Softly: Taskforce between 1969 and 1975. He guested in many series including Danger Man, Knight Rider, The A-Team, Airwolf, The X-Files, Scarecrow and Mrs. King, MacGyver, Star Trek: The Next Generation, Miami Vice, Cagney and Lacey, The Saint, and many others. Description above from the Wikipedia article Walter Gotell, licensed under CC-BY-SA, full list of contributors on Wikipedia.