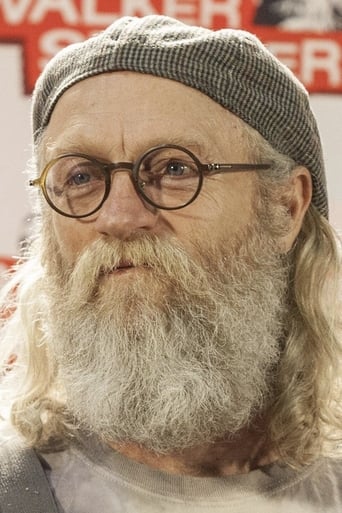 Russell was born on Homestead Air Force Base and grew up in St. Petersburg, Florida. His first acting experience came in 7th grade, playing the Scarecrow in The Wizard of Oz. He continued acting throughout high school, passing up a theatre arts scholarship to join the Army after becoming a father his senior year. Peace time provided a unique opportunity as he soon began performing regularly at the esteemed Fort Bragg Playhouse. By the end of his enlistment he had earned his Actor's Equity card and moved to New York City. In 1986 he reenlisted in the Coast Guard, joining the crew of the USCG Cutter Sassafras in Hawaii. During off duty hours he studied at the Honolulu Film Actor's Workshop before being transferred to Long Beach, California where he met his wife actress Shelley Poncy. In 1992 the couple moved to Louisiana, where they became fixtures on the New Orleans stage. They moved to Seattle in 2003, Russell resumed his theatre career and became active in the Independent film scene. In 2014 he was cast to play 'Doc' on the SyFy original series 'Z Nation'.