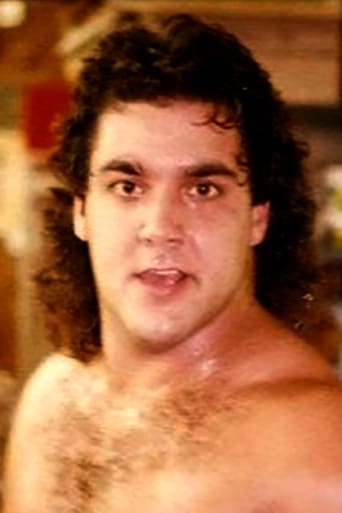 Joseph Magliano, better known by the ring name "Jumping" Joey Maggs, was an American professional wrestler. He was best known for his appearances with World Championship Wrestling from Teaming with Marcus Alexander Bagwell, the two lost to Shanghai Pierce and Tex Slazinger and The Wrecking Crew. They also later lost to Maxx Payne and NWA World Heavywight Champion Barry Windham in single matches before he and Bagwell broke up, with Magliano losing to his former tag team partner on March 26. Magliano would continue losing matches to Maxx Payne, Chris Benoit, 2 Cold Scorpio, and The Russian Brute during the next several weeks. He and Bob Starr would later lose to Kent and Keith Cole on May 21 and as he continued losing single matches to Erik Watts and Johnny Gunn. During the next month, he returned to the WWF, making another brief appearance losing to Bam Bam Bigelow at Monday Night Raw on July 5. Under the management of Teddy Long in early 1996, Magliano would defeat Disco Inferno on January 1 and, less than a week later, would team with Frankie Lancaster and Men at Work, losing to The Four Horsemen in a four-man tag team match on WCW Pro. Briefly feuding with V.K. Wallstreet after being awarded a victory via disqualification on January 27, he later lost to Wallsteet and Big Bubba Rogers in a tag team match with Sgt. Craig Pittman at Superbrawl VI on February 11, although he would defeat Wallstreet in a rematch the following month. Although regularly appearing on WCW Saturday Night and WCW Worldwide during the 1990s, Magliano would begin competing part-time in various independent promotions, including the Mid-Eastern Wrestling Federation, where he defeated Quinn Nash for the MEWF Mid-Atlantic Championship on September 17, 1997. Wrestling less frequently during the late 1990s, he lost to Psychosis in one of his final appearances on December 27, 1997. Magliano retired from professional wrestling in 1998 due to a nagging shoulder injury. He moved back to Maryland, where he enrolled in flight school to become a cargo pilot. At the age of 39, Magliano died in his hometown of Baltimore, Maryland on October 15, 2006; Cause of death was cardiac arrest.