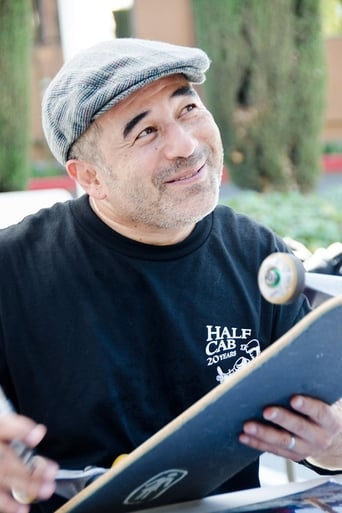 Steve Caballero (born November 8, 1964) is an American professional skateboarder and musician. Caballero is known for the difficult tricks and air variations he invented for vertical skating and for setting the long-standing record for the highest air achieved on a halfpipe. In 1999, Thrasher Magazine named Caballero the "Skater of the Century" Description above from the Wikipedia article Steve Caballero, licensed under CC-BY-SA, full list of contributors on Wikipedia.