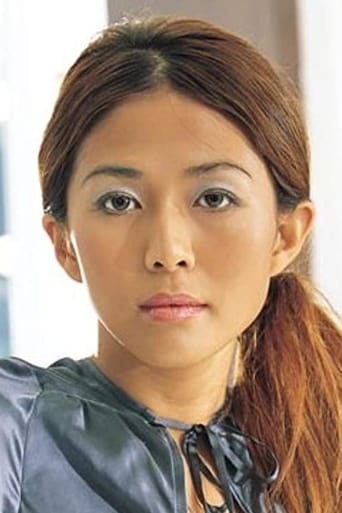 Anya Wu was born on February 17th, in 1976 in Taiwan. She moved to the United States, together with her family, by the age of 6. She was raised in New York City and was discovered by a record company to become a singer back in Taiwan. While she was in Taiwan and preparing for her album release, Anya, became the first girl DJ in Taiwan clubs. She caught alot of media attention, even media from Hong Kong. With so much public attention, her interview in a magazine caught the eye of Director Jingle Ma, who then convinced Golden Harvest, a film production, distribution and exhibition company to relocate her to Hong Kong and sign her. Unfortunately, by the time they found her, he had already started "Moi Moi Cha", the movie in which he had wanted her for. So her debut film became Born To Be King, the final installment of the Young & Dangerous series,as Jordan Chan's wife, Nanako. Relocating to Hong Kong, Anya's profile has increased swiftly with Golden Harvest's support. She has since had larger roles in several of the studio's post-millenium efforts. She appeared as one of Ekin Cheng's many girls in For Bad Boys Only and in 2001 took more action-oriented roles in two hot action films. Sharp Guns and 2002, where her Fire Ghost menaced Stephen Fung and Nicholas Tse. She went on to become one of the top upcoming actresses in both Hong Kong and Taiwan and with her undoubtable gorgeous looks has also graced numerous magazine covers, print ads, and TV shows in both regions. In 2002, Anya began work on the "remake/sequel" to Naked Killer, titled Naked Weapon as Kat, the best friend to Charlene, Maggie Q's character. She also recently worked in HK on a stage play Glengarry Glenross in which she took on the challenging role of Blake that has been always played by a man. Tickets were sold out and another day had to be added. Afterwards, she starred in Tsui Hark's thriller Vampire Hunters as Sasa. After the liquidation of Golden Harvest's talent agency, Anya decided to go back to her native Taiwan and experiment on some TV series there. There she did starred in a TV series called Pink Godfather, as well as Taiwan's version of "Sex And The City" where she played "Samantha". After being there for a year, she realized that her focus was still more in films, and headed to join the fierce competitive, but growing industry in China. Being fluent in Chinese as well as English, her current works are on co-productions with China and foreign production companies.