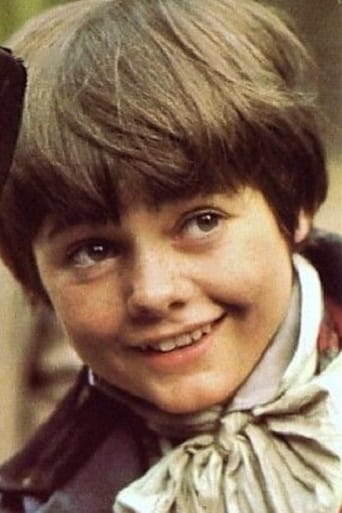 Born September 30, 1952, in Royton, near Oldham, England, Jack Wild was discovered by talent agent June Collins, mother of rock star Phil Collins. His breakthrough came when he landed the role of Oliver in the London stage production of "Oliver!" When it came to casting the film, the role of the Artful Dodger went to Jack, a role that resulted in his getting an Oscar nomination for Best Supporting Actor. Fresh from this success, Jack was offered the lead role in the American television series "H.R. Pufnstuf" (1969). This Sid Krofft and Marty Krofft production featured Wild as a boy marooned in an enchanted land with puppets and actors in elaborate costumes. The success of this program led to Wild reprising the role for the film version, Pufnstuf (1970). Other roles followed, including Melody (1971) and Flight of the Doves (1971). Around the same time, Wild released three albums ("The Jack Wild Album"; "Everything's Coming up Roses", featuring along with cover numbers a couple of new songs written by up-and-coming songwriter Lynsey De Paul; and "Beautiful World"). By 1972, however, he was already being demoted to the role of supporting actor for The Pied Piper (1972). He also appeared in "Our Mutual Friend" (1976). He returned to films in two small roles: the miller's son in Robin Hood: Prince of Thieves (1991) and a peddler in Basil (1998). Wild underwent surgery for oral cancer in July 2004, and had some vocal cords and part of his tongue removed. Unfortunately, the cancer proved untreatable and he died on 1 March 2006.