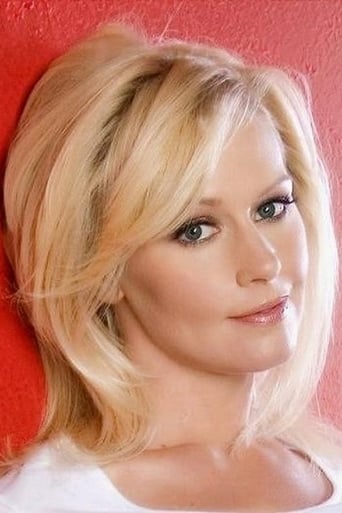 Beverly Lynne Hubscher (born October 31, 1973 in Sellersville, Pennsylvania), better known plainly as Beverly Lynne is a Hollywood actress who is mainly showcased in erotic film. She is married to fellow actor Glen Meadows. She currently resides in Las Vegas. Lynne was a cheerleader in the NFL for the Philadelphia Eagles from 1998 to 2000. She began her acting career in The Zombie Chronicles in 2001 and appeared in recurring roles on 7 Lives Xposed as Bess and Black Tie Nights as Candi. Lynne has a role in the 2007 here! original series The Lair, playing "Laura." She now has a daughter named Brianna. Description above from the Wikipedia article Beverly Lynne, licensed under CC-BY-SA, full list of contributors on Wikipedia.