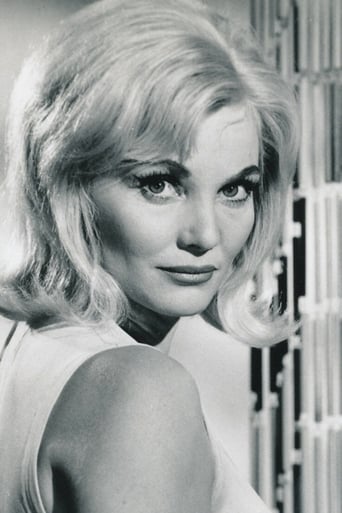 Diane Cilento (born 5 October 1933 in Mooloolaba, Queensland, Australia) is an Australian theatre and film actress and author. Cilento's parents, Sir Raphael Cilento  and Lady (Phyllis) Cilento,  were both distinguished medical practitioners.  At a young age she decided to follow a career as an actress, and after a period living with her father in New York, won a scholarship to RADA and moved to England in the early 1950s.  She soon secured roles in British films and steadily worked until the end of the decade. In 1956, Cilento was nominated for a Tony Award for Best Supporting or Featured Actress (Dramatic) for Helen of Troy in Jean Giraudoux' Tiger at the Gates. Cilento was nominated for the Academy Award for Best Supporting Actress for her performance in Tom Jones in 1963  and appeared in The Third Secret the following year, but she allowed her film career to decline following her marriage to actor Sean Connery, the second of her three husbands, to whom she was married from 1962 to 1973. They are the parents of actor Jason Connery. In Connery's James Bond film You Only Live Twice, she doubled for her husband's co-star Mie Hama in a diving scene because Hama was indisposed. Cilento starred with Charlton Heston in the 1965 classic "The agony and the ecstacy" and with Paul Newman in the 1967 western film Hombre. In 1985, Cilento married Anthony Shaffer, a playwright, who wrote the script of The Wicker Man; she met him when she appeared in the film in 1973, and joined her when she returned to Queensland in 1975. During the 1970s, she studied Sufism under the British spiritual teacher John G. Bennett. Cilento continued working as an actress, both in films and in television and, in the 1980s, settled in Mossman, north of Cairns, where she built her own outdoor theatre, named "Karnak", in the rainforest. The venture allows her to participate in experimental drama. In 2006, Cilento released her autobiography, My Nine Lives. Description above from the Wikipedia article Diane Cilento, licensed under CC-BY-SA,full list of contributors on Wikipedia.