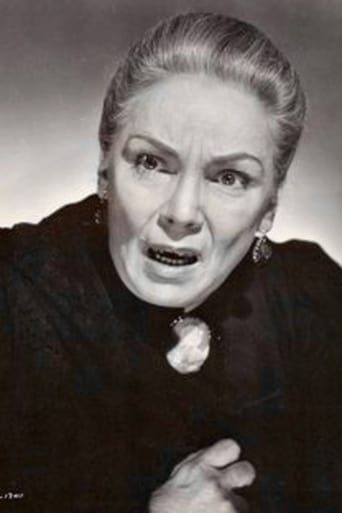 From Wikipedia, the free encyclopedia Freda Maud Jackson (29 December 1907 – 20 October 1990) was an English stage actress who also worked in film and TV. Born in Nottingham, she was famous for her stage role as the cruel landlady Mrs. Voray in the play No Room at the Inn in the mid-1940s; she appeared in the film adaptation of 1948. Her later screen roles were mostly on TV, including a role on the first episode of Adam Adamant Lives and on Blake's 7. Her final film appearance was in 1981; she died nine years later in Northampton, aged 82. She was married to the artist Henry Bird. She "was reputed to have had a relationship" with Errol Flynn while both were at the Northampton Repertory Theatre. Description above from the Wikipedia article Freda Jackson, licensed under CC-BY-SA, full list of contributors on Wikipedia.