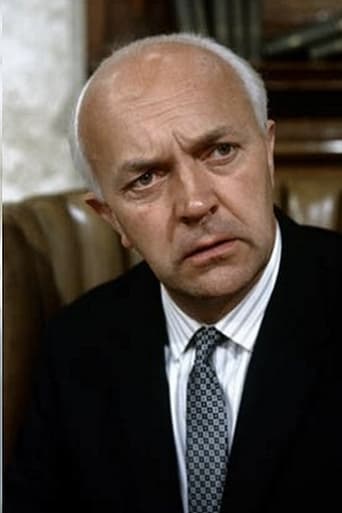 George Alphonsus Cooper was born in Leeds in 1925. After training as an electrical engineer and architect he was called up for National Service, working for the Royal Artillery in India. During that period he became interested in performing and on his discharge joined Joan Littlewood's Theatre Workshop in Manchester. To avoid confusion with American actor George Cooper he used his middle initial in his stage name. His first appearance on television was in 1946. Over the next fifty years, he was a regular on the screen developing a career out of portraying slightly bumbling authoritarian characters. In 1964 he won a recurring role in ITV's Coronation Street playing businessman Willie Piggott who famously tried to bribe Ken Barlow to give his son Brian a pass on his tech exam. He had regular roles in Z-Cars and Dixon of Dock Green. In 1960 he appeared in the West End play Billy Liar playing the father of the title character, later reprising the role in the 1973 television series. He appeared in comedies such as Some Mothers Do 'Ave 'Em, Sykes and Mind Your Language. In 1985 he took on the role of no-nonsense caretaker Eric Griffiths in the incredibly successful children's drama Grange Hill, playing the role for seven years and earning a place in the hearts of a generation of children. His last TV appearance was in a 1995 episode of Casualty. He died in a nursing home in Hampshire on 16th November, 2018.