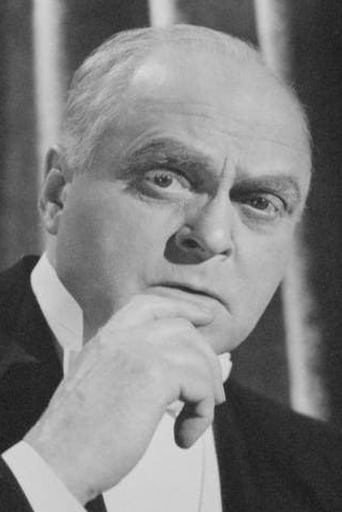 Grant Mitchell (born John Grant Mitchell Jr.) was an American stage and screen actor. He is best remembered for his portrayals of fathers, husbands, bank clerks, businessmen, school principals and similar type characters, usually supporting, in films of the 1930s and 1940s. Mitchell, a Yale post graduate at Harvard Law, gave up his law practice to become an actor, making his stage debut at age 27. He appeared in lead roles on Broadway in such plays as "It Pays to Advertise", "The Champion", "The Whole Town's Talking", and "The Baby Cyclone", the last which was specially written for him by George M. Cohan. His screen career took off with the advent of sound (years earlier he had appeared in at least two silent films). He appeared primarily in B films, though from time to time enjoyed being a part of A-quality productions such as Dinner at Eight (1933), A Midsummer Night's Dream (1935), Mr. Smith Goes to Washington (1939), The Man Who Came to Dinner (1942), and Arsenic and Old Lace (1944). Grant Mitchell retired from show business in 1948. He died, age 82, in Los Angeles in 1957.