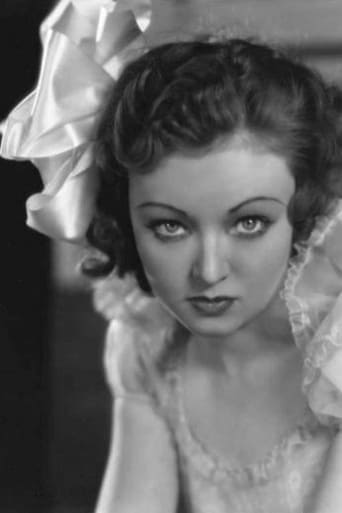 From Wikipedia Lona Andre (March 2, 1915 – September 18, 1992) was an American film actress. Born Launa Anderson in Nashville, Tennessee, Andre attracted attention with her first films in Hollywood and was named as one of the WAMPAS Baby Stars of 1932. After winning the Paramount Panther Woman Contest, she was signed to a movie contract by Paramount Pictures. When Paramount did not renew her option, Andre worked as a freelance artist. During the 1930s she appeared frequently in films, usually as the lead in "B" pictures, and by the end of the decade had starred in more than fifty films. In 1934 Andre was part of the cast of School For Girls along with Toby Wing, Lois Wilson, Sidney Fox, and Dorothy Lee and in 1936 appeared alongside Laurel and Hardy in their feature film Our Relations. In June 1935, Andre eloped to Santa Barbara, California to marry MGM actor Edward Norris. Andre filed for an annulment action four days after her marriage in Tijuana, Mexico. She was later married to salesman, James T. Bolling, and was divorced from him in March 1947. In 1938 Andre set a world's golfing record for women by shooting 156 holes of golf in 11 hours and 56 minutes on the Lake Norconian, California course. Her best round was 91 for 18 holes and her worst was 115. Her acting career was greatly diminished during the 1940s, and she made her last film appearance in 1949 in Two Knights From Brooklyn. After her film career ended she became a successful businesswoman and never returned to acting. She was interred in Forest Lawn Memorial Park Cemetery in Glendale, California.