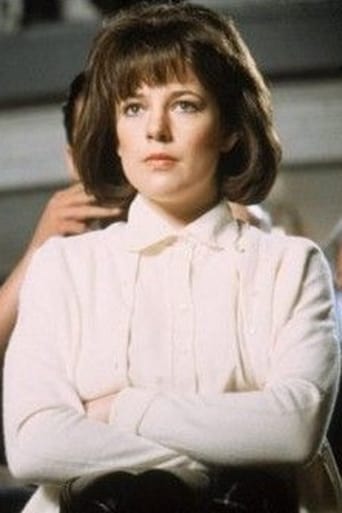 From Wikipedia, the free encyclopedia Michelle Meyrink (born September 1, 1962) is a Canadian actress who performed roles during the 1980s in both television and in films, mostly playing roles as offbeat teen girls. She is best remembered as the hyperactive whiz-kid Jordan Cochran in the 1985 film Real Genius and as the female nerd Judy in 1984's Revenge of the Nerds. Meyrink was born in Vancouver, British Columbia, Canada. She appeared in many comedy films, including 1983s Valley Girl as Suzi Brent, 1983's The Outsiders as Cherry Valance's best friend Marcia. In 1984 she guest-starred on the television show Family Ties as Mallory's friend (and Skippy's latest infatuation). Her last Hollywood role was in the 1988 film Permanent Record. Thereafter, she gave up acting as a career, deciding she wanted more out of life than the profession provided. During this transition period she became interested in the practice of Zen. Toward her goal of reshaping her life, she moved to the Dominican Republic to be near family members. She later moved back to her hometown of Vancouver and in 1996 met her future husband John at the Zen Centre of Vancouver. As of 2010 Meyrink lived with husband John and their three children (then, ages 17, 15, and 11) on Bowen Island, just off the coast of Vancouver. She and her family were the subjects of a 2004 episode of the Canadian television series Quiet Mind, which focused on their embrace and practice of Zen Buddhism. Description above from the Wikipedia article Michelle Meyrink, licensed under CC-BY-SA, full list of contributors on Wikipedia.