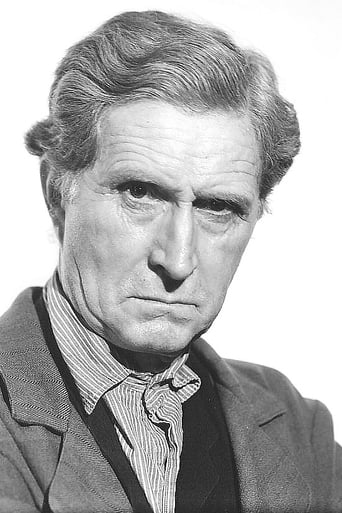 From Wikipedia, the free encyclopedia Russell McCaskill Simpson (June 17, 1880, Danville, California – December 12, 1959, Woodland Hills, California) was an American character actor who appeared in over 500 movies. He is best known for his "grizzled old man" appearances. Gaunt, lanky, and rustic-sounding, Simpson was a familiar character actor for almost forty-five years, particularly as a member of the John Ford Stock Company. At age 18 Simpson prospected for gold in Alaska. He began taking acting classes in Seattle, Washington. In 1910 he married Gertrude Alter from New York City. By 1909, he had gone into the theatre. He appeared in at least two plays on Broadway between 1909 and 1912, and made his motion picture debut in Cecil B. DeMille's 1914 original film version of The Virginian in a bit part. By 1923, when the film was remade, Simpson had progressed to playing the lead villain. Throughout his career, Simpson worked for 12 years in road shows, stock companies, and on Broadway. He didn't usually perform lead roles, but he did star in many movies throughout the silent movie era. He performed a lead role as the grandfather in Out of the Dust (1920). Simpson is best known for his work in the films of John Ford and, in particular, for his portrayal of Pa Joad in The Grapes of Wrath (1940). His final film was The Horse Soldiers, his tenth film for Ford. Simpson worked up to 1959, the year of his death. He was the president of the Overseas Phonograph Accessories Corporation.