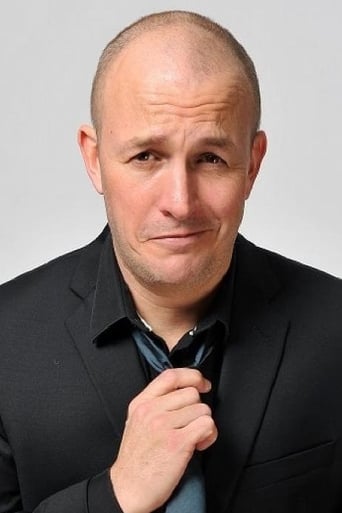 An Australian stand-up comedian and author who mostly performs in the UK. He is known for his aggressive stage performance and offensive material. Burns' television career began as a performer on Channel 4's late-night spontaneous comedy show The 11 O'Clock Show. He has subsequently appeared as a presenter on the ITV show I'm a Celebrity...Get Me Out of Here! NOW!, (walking off after just three shows). Furthermore, he was the conductor of masterclasses in stand-up (again on ITV). He has also appeared on ITV2's Comedy Cuts. He has also performed at Montreal and South African comedy festivals. He first appeared at the Edinburgh Fringe in 1996, hosting The Comedy Zone showcase of new acts, and performing in his debut solo show 6pm Time To Get Up For Work. He has returned to the Fringe every year since, except for 1999, and in 2007 won its top prize, the if.comedy award for his show So I Suppose This Is Offensive Now at the 2007 Edinburgh Festival Fringe. Also at the 2007 Fringe, Brendon Burns appeared alongside Adam Hills and Sammy J in a stage version of Breaker Morant by The Comedians' Theatre Company directed by Phil Nichol. A trilogy, Burnsy versus Brendon, which ran at Edinburgh in 2004, 2005 and 2006, examined his own life – culminating in his mental breakdown and drinks and drugs rehabilitation at the Priory. On June 24, 2010, he appeared as a guest on the comedy talk-show, The Green Room with Paul Provenza. Brendon released his first semi-autobiographical novel, "Fear of Hat Loss in Las Vegas" with Transworld publishing in August 2010. In 2014 Burns began his own podcast - The Brendon Burns Show. A mix of interviews and stand up as he travels around the World. A notable highlight including a travelogue series with his son Luke as they race across the Australian outback. From Wikipedia, the free encyclopedia