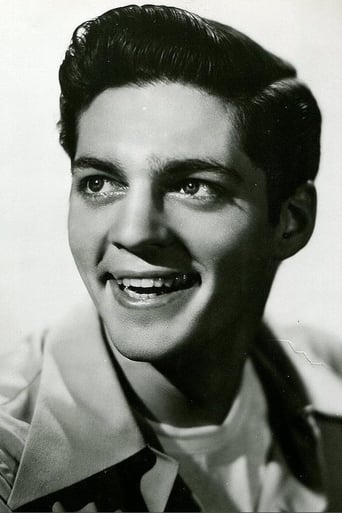 William "Bill" Foster Hayes III (born June 5, 1925) is an American actor and a Billboard Hot 100 #1 recording artist. Following a successful career as a musician which began in the late 1940s, he began to focus on dramatic acting parts in the late 1960s, which led him to be cast in a role that gained him additional fame to a younger generation. This new chapter in his career began in 1970 when he originated the character of Doug Williams on NBC's Days of Our Lives, which he continues to play regularly to date on the serial. Hayes was a singer on the Sid Caesar and Imogene Coca variety show Your Show of Shows in the early 1950s. During the Davy Crockett craze in 1955, three recorded versions of the Ballad of Davy Crockett were in the top 30. Hayes' version was the most popular: It was #1 on the Billboard Hot 100 for five weeks, sold over two million copies, and was awarded a gold disc. He also starred on Broadway in Rodgers and Hammerstein's Me and Juliet (1953). He had other small hits in the 1950s including "The Berry Tree" and covers of "High Noon" and "Wringle, Wrangle"; the latter was his only other Hot 100 hit, reaching #33 in 1957. On Days of Our Lives, Hayes was introduced as a convict who was also a lounge singer.[citation needed] The character of Doug returned in 1986 and 1987 as well as 1993 and 1996. Most recently, he has been on the show since 1999. His character was killed off in the spring of 2004 by Dr. Marlena Evans. In an elaborate plot hatched by head writer James E. Reilly, Doug turned up alive on a tropical island and went home to his wife.[citation needed] In 2017, World by the Tail, a documentary about Bill Hayes's life, was released and made available for his fans to watch online.[3] On June 27, 2017, while present in the show's audience, Hayes was featured in an impromptu interview on a web special for The Tonight Show Starring Jimmy Fallon; in his heyday, he had been a guest on the Johnny Carson-hosted version of the show.