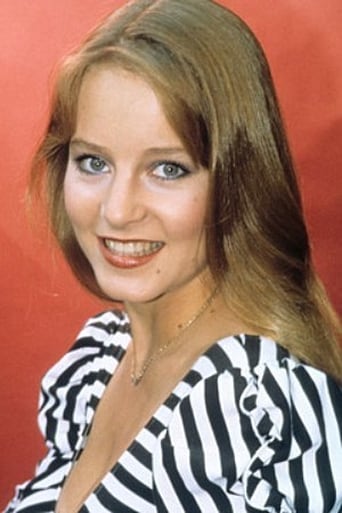 ​From Wikipedia, the free encyclopedia Jennifer Cooke (born September 19, 1964) is an American actress. She is perhaps best known for her role as the "Star Child", Elizabeth, who is half Human/half Visitor in the 1984 television series V. She also starred in the soap opera Guiding Light as Morgan Richards Nelson from 1981-1983. Cooke played "Debbie" on the critically acclaimed NBC series "A Year in The Life". Her only well-known film role is in the 1986 horror film Friday the 13th Part VI: Jason Lives as Megan. Cooke's only guest appearance on TV is on the HBO series The Hitchhiker. Cooke has retired from acting, but is active in the Urantia Brotherhood/Fellowship. She has been married to Celestial Seasonings co-founder Mo Siegel since 1989. Cooke is reportedly the basis for the "Alexandra Bass" heroine in Buck Winthrop's debut novel, "Delusions of Grandeur" published May 3, 2010 by Captive Audience Books. Description above from the Wikipedia article Jennifer Cooke, licensed under CC-BY-SA, full list of contributors on Wikipedia.