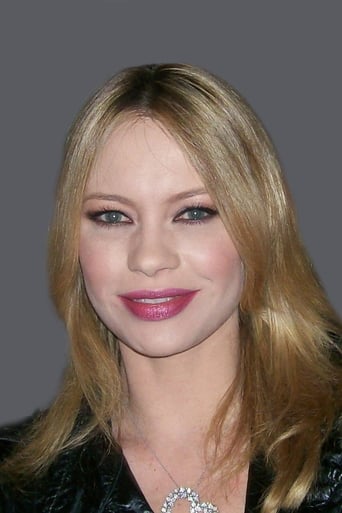 Anna Falchi was born Anna Kristiina Palomäki on 22 April 1972 in Tampere, Finland, the daughter of an Italian father Benito (Tito) and Finnish mother Karina. Anna has a brother Saro and a half brother in Sweden Peter (same father). In 1978, at the age of six, she moved to Italy with her family. She started her career as a model. She first appeared on television in a commercial for an Italian bank in 1992. The ad starred Paolo Villaggio, and was directed by the celebrated Federico Fellini. This helped her launch a film career, starting with "Nel continente nero" ("On the Dark Continent") in 1993. She appeared in many films since, including the 1994 fantasy movie "Desideria" e "L'Anello del Drago", the 1997 film "La principessa e il povero" and the 2005 comedy "Nessun messaggio in segreteria". She has also been a popular television personality, hosting various specials on Italian television. She is less known in the English speaking world. Some know her as the lead female in a film called "Dellamorte Dellamore", which was released in the U.S. as "Cemetery Man".