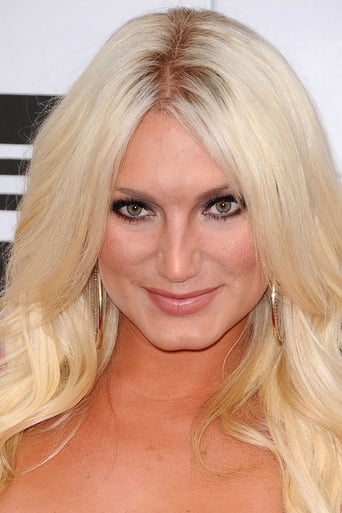 Brooke Ellen Bollea (born May 5, 1988), better known by her stage name Brooke Hogan, is an American singer, actress, model, socialite, and television personality, and the oldest child of professional wrestler Hulk Hogan (Terry Gene Bollea). She appeared on the reality-television series "Hogan Knows Best", which focused on her family, and which premiered on July 10, 2005 on VH1. Since the cancellation of "Hogan Knows Best", she's starred in a spin-off reality series called "Brooke Knows Best" which focuses on her life now independent from her parents and living with two roommates. She released her debut album "Undiscovered" in 2006. In 2009, she released her second studio album, "The Redemption", and appeared in a second season of "Brooke Knows Best".