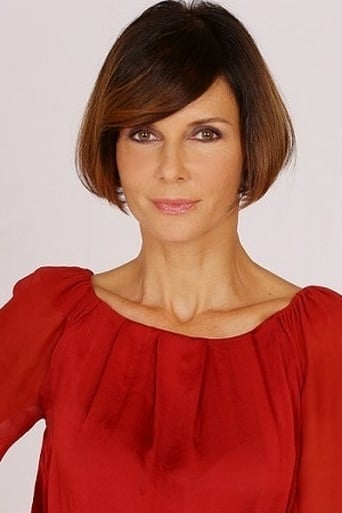 Veronica Logan (also known as Veronika Logan) is an English-Italian film and television actress. Born from the English musician Michael Logan and Antonella Desimone, she started working as a model. On television he made his debut in 1984 in I ragazzi della valle misteriosa , directed by Marcello Aliprandi, along with Kim Rossi Stuart, and continued with a rich series of television and film productions, until the successful soap opera by Canale 5, Vivere , from 1999 to 2006, plays the role of Chiara Bonelli. In 1991 he played the part of the Witch and the Countess in the board game Atmosfear, episode 3 and 4. In 1991 he participated in the Jocelyn program on Canale 5 Cos'è cos'è?; in 1992, the well-known television program is not RAI. She has gone from roles in comic films like A Spasso nel Tempo (1996), to romantic characters in I ragazzi del muretto (1991), to ambiguous roles in TV series like Strangers (1996), where she performs completely naked in scenes of love with the forty-five-year-old Cherie Lunghi, up to popular TV series roles like Un medico in famiglia (1998). His other works include the films La verità vi prego sull'amore (2001), directed by Francesco Apolloni, and Scusa ma ti chiam amore (2008), directed by Federico Moccia, besides the tv series L'ispettore Coliandro (2006- in progress). In 2013 he participated in the talent show Ballando con le stelle, conducted by Milly Carlucci, paired with the Cuban dancer Maykel Fonts: provisionally eliminated during the seventh episode of the reality, is decisively excluded in the next episode dedicated to the repechage. (Wikipedia)