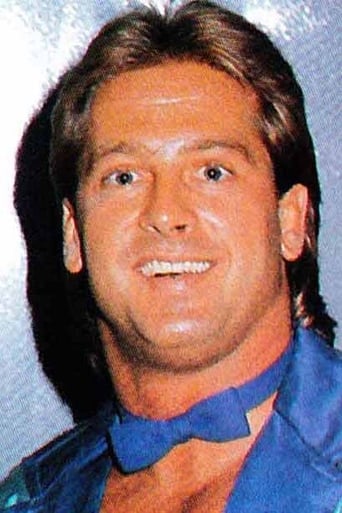 Thomas R. Couch is a professional wrestler better known as Tommy Rogers of The Fantastics. Couch started wrestling in 1980 as "Tommy Rogers" in North Carolina. He made his debut (as a replacement for Charlie Cook) in a match with Eddy Mansfield with no formal training. Tommy then headed to Florida for a brief stay before heading to Portland, then Memphis where he met his future tag team partner Bobby Fulton. In a talent trade agreement between Memphis (Jarrett) and Mid-South (Watts) the newly formed Fantastics (Rogers & Fulton) headed to Mid South. There they had their first major program with The Midnight Express (Condrey & Eaton). In late 1984, Rogers went to World Class Championship Wrestling where he and Bobby Fulton continued their legendary feud with the Midnight Express. In 1986, Rogers and Fulton went to the Universal Wrestling Federation where they had a long series of violent matches against The Sheepherders (Butch Miller & Luke Williams). They went back to WCCW in 1987 and feuded with The Rock 'N Roll RPMs. The feud ended after The Fantastics won a scaffold match at "The Parade of Champions". In 1988, they went to the NWA's Jim Crockett Promotions to renew their feud with the Midnight Express. They left in 1989 and had been wrestling in the independents ever since. The Fantastics spent several tours in Japan during the 1990s working with such names as Dean and Joe Malenko. In 1997, Rogers and Fulton both wrestled in the WWF's Light Heavyweight Division. They were pitted against each other once on an episode of Raw. Rogers defeated Fulton with the Tomakaze, a finishing maneuver of Tommy's invention later adopted by Christian Cage. In 1987 The Fantastics made an appearance at the World Wrestling Council in Puerto Rico. Rogers wrestled in ECW from 1997 to 1998, where he briefly teamed with Jerry Lynn. Rogers also worked behind the scenes helping the ECW product as an agent. In 2005, the Fantastics reformed on the indie circuit. They won the SCW Tag Team Championship by defeating the Midnight Express in a steel cage match.[1] In 2006, Tommy moved to Honolulu, Hawaii. After undergoing hip replacement surgery in January 2007, he retired from the ring. On June 1, 2015, Couch was found dead in his Honolulu home by his roommate. The cause of death was not released.