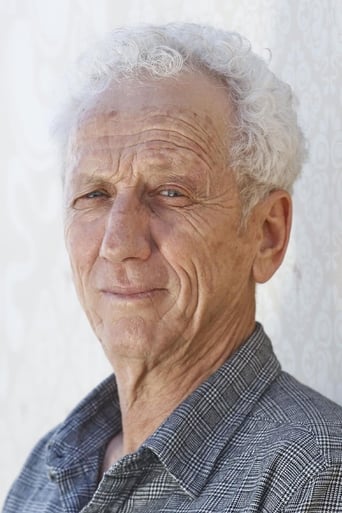 Shlomo (Moni) Moshonov was born in Sofia, Bulgaria in 1951. He immigrated to Israel with his family at the age of four. His father, Moshe, who studied law in Sofia, sold textiles in the Ramla market.[1] Moshonov grew up in Ramla. He did his military service in an IDF entertainment troupe. After studying drama at Tel Aviv University, he joined the Haifa Theater, remaining with the group for five years.[2] In 1977 he made his first film appearance in Masa Alunkot ("Journey of Stretchers") alongside Gidi Gov.[1] In 1978–98, Moshonov and Shlomo Baraba hosted the satirical TV show Zehu Ze!, first on Israeli Educational Television and then Channel 2. He also appeared in the films The Man Who Flew in to Grab (1981), Every Time We Say Goodbye (1986) and Deadline (1987). During the 1980s he starred in five "Festigal" song festivals, performing children's songs. He also starred in Arik Einstein's children's video Like Grownups in 1991. In 1992 he wrote, produced and starred in the film Cables.[2] He appeared in many theater plays in the Cameri Theater, Habima and the Beit Lessin Theater, as well as several entertainment shows with Baraba.[3] In 2006 he directed Ideal Wedding at Habima and starred in The Goat: or, Who Is Sylvia?.[4][5] In 2000 he starred in Besame Mucho and in Dover Kosashvili's Late Marriage in 2001, for which he won the Israeli Film Academy Award for best supporting actor. In 2002 he starred in Amos Gitai's Kedma. In 2003 he played in Kosashvili's next film Gift from Above, and starred in Year Zero. In 2004 he joined the sketch show Ktsarim on the Channel 2, for which he won an Israeli Film Academy Award for best actor in a comedy series, and in 2007 he hosted the Israeli version of Thank God You're Here on Channel 10. In 2006 he starred in Forgiveness ("Mechilot") and in We Own the Night in 2007. In 2008 he joined the cast of the second season of Betipul,[4] and starred in Two Lovers.[1] Moshonov is married to actress Sandra Sadeh and is the father of opera singer Alma Moshonov and actor Michael Moshonov.[6] He lives in Tel Aviv, near Habima Theater.[7] In 2005, he was voted the 66th-greatest Israeli of all time, in a poll by the Israeli news website Ynet to determine whom the general public considered the 200 Greatest Israelis.[8] In 2012 he played in Israeli TV Series, "The Gordin Cell" as Peter Yom-Tov, an old Shin-Bet agent, from Bulgaria.