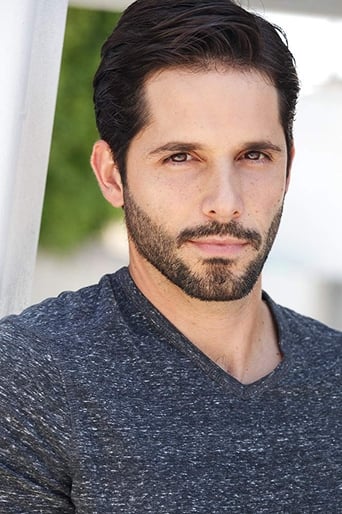 Lucas Velazquez Correa was born to Fabio Velazquez and Clara Correa Muñoz on April 22 1981 in Medellin, Colombia. Since an early age Lucas was interested in acting. He lived in Quebec, where he participated in the Polyvalent de Charlesbourg college theater group. Back in Colombia he met Malcom Aponte, who cast him in the series "Padres e Hijos" (Parents and Children), which marked his TV debut. Since then he has participated in telenovelas such as "Francisco el Matematico" (Francis the Mathematician), "La Viuda de la Mafia" (The Mob Widow), and "La Marca del Deseo" (The Markings of Desire), among others. In 2003 he received the TVNovelas Award as Best New Actor for his portrayal of Marcos Galindo in "Francisco el Matematico". That same year he starred in the musical "Bolero para Tres"(Bolero for Three), with Jose Luis Paniagua. In 2005 the "MISI" musical theater company cast him as "Kenickie" in "Grease". The following year he won second place in Colombia's RCN station's "Dancing for a Dream", which earned him an invitation to also participate in "Los Reyes de la Pista" (Kings of the Dance Floor), which he won. He moved to Mexico in 2009 to work for Televisa, the biggest Latin American network, acting as a series regular in shows such as Luis de Llano's "Atrevete a Soñar" (Dare to Dream), playing the role of Axel, and in Juan Osorio's "Una Familia con Suerte" (One Lucky Family, 2011), as Alex. In 2012 he delved in Mexico's musical theater when director Manolo Caro invited him to participate in "I Love Romeo y Julieta", an adaptation of the classic play with songs by Joan Sebastian , Marco Antonio Solis and Juan Gabriel. The cast also included Eiza Gonzalez, Alan Estrada Eugenio Bartiloti, among others. In 2013 Televisa's producer Rosy Ocampo cast him as Cesar Camargo in the telenovela "Mentir para Vivir" (Lie to Live). Lucas also lived 5 years in Brazil and speaks Spanish, Portuguese, French and English. In 2016 he moved to Los Angeles, California. In 2017 Lucas was cast in a Netflix original series called La Casa de las Flores that is coming up on August 10th 2018.