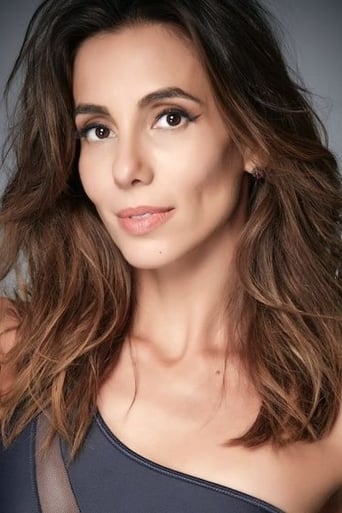 Tania Khalill, stage name of Tânia Calil Padis Campos (born July 8, 1977) is a Brazilian actress[3] and television presenter. In 2002 premiered on television in the supporting cast of the soap opera, Sabor da Paixão. In 2004 he participated in the show Galera, TV Cultura, a history teacher making and interprets it the first character of their prominence, the samba Nalva Ferrari in the novel Senhora do Destino, of Aguinaldo Silva, a role that was rumored to Scheila Carvalho and Luma de Oliveira.[10] In 2006, Nikki Ortega lived, a heel in Cobras & Lagartos. In 2008, participated in serious Casos e Acasos and Guerra & Paz. In 2009, around the novels, playing the passionate Duda in Caminho das Índias. On stage, debuted in 1995 with a piece of Naum Alves. Since then he has staged works by Nelson Rodrigues, Short Comedy by Luís Fernando Veríssimo and directed by Wolf Maya, The Suitcase, by Larry Shue and directed by Isser Koriki, along with José Rubens Chachá. In 2002, he participated in SCYSD short film, a film course design at FAAP in 2005 joined the cast of another short, The Opposite Sex, under the direction of Hudson Glauber Finally in 2009, participates in the short Innocent directed by Thiago Luciano and Bob Shultz, who was at the 13th International Film Festival Latino in Los Angeles, United States. From Wikipedia, the free encyclopedia