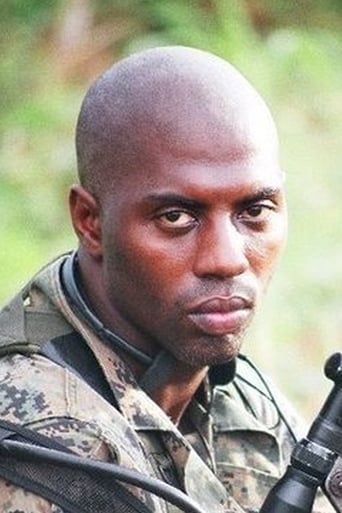 JOE SUBA Joe Suba had no intentions of being an action film star.  But for someone who has never gone on an audition or had any formal training, he has a pretty extensive resume with 13 films under his belt just ten years into his career.   An only child, Suba was born and raised in Harlem, New York.  A super productive, type A over-achiever who was never known to do anything half-heartedly, boxing and martial arts came naturally to him, and he became a black belt in karate at a young age.   Suba was discovered while working out in a small Harlem boxing gym one day by renowned film producer Roger Corman.  Originally scouted as a boxing extra for Rage and Discipline (2004), Corman and Director Brian Clyde quickly realized that Suba was a natural talent, casting him as the lead actor and making him Associate Producer as well. And the fact that he was also an expert in hand to hand combat, knife fighting, gun handling, and did all of his own stunts didn't hurt either!  Set on the streets of New York, Rage and Discipline was hailed as an authentic, gritty urban drama and quickly became a cult classic among indie film buffs as well. Cut to 2014, and he has 13 films under his belt, four of which were war films produced by Corman. In 2008, Suba starred in Opium War, by Director Siddiq Barmark, who also won a Golden Globe for his critically acclaimed film Osama (2003).  Shot in Afghanistan, Suba plays one of two American soldiers who find themselves wounded in the desert opposite Peter Bussian. Opium War won Best Foreign Film in the 2008 Rome International Film Festival, and Suba won best actor in the Kish International Film Festival in Iran.  Most recently, he starred in  Operation Rogue (2014), a Corman film opposite Marc Dacascos, Sofia Pernas and Treat Williams. Suba will tell you his most challenging and rewarding job is his real life role as Father to his two sons. Keeping up with their school and basketball championships, he keeps his young men focused and excited about all the opportunities life can offer. Being a true role model is something we can all learn from him.   Although he had never planned to be an actor, destiny, hard work and his notorious professionalism have lead Suba down the road to stardom. Where his dreams will take him, only time can tell...until then, we are truly inspired.