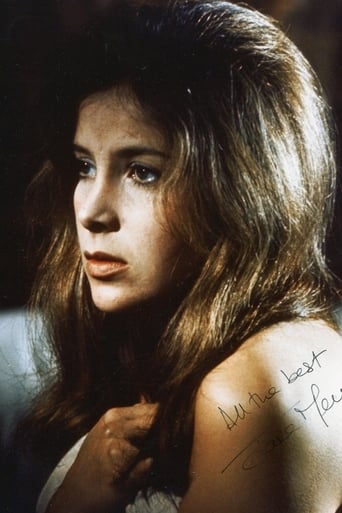 From Wikipedia, the free encyclopedia. Jane Merrow (born 26 August 1941) is a British actress, born in London to an English mother and German refugee, who was active in the 1960s and 1970s in England and the US. She is a graduate of the Royal Academy of Dramatic Art. Her most notable role was as Alais, the mistress of Henry II (played by Peter O'Toole) in The Lion in Winter (1968), for which she received a Golden Globe nomination in the category of actress in a supporting role, losing to Ruth Gordon who won for Rosemary's Baby. Description above from the Wikipedia article Jane Merrow, licensed under CC-BY-SA, full list of contributors on Wikipedia.