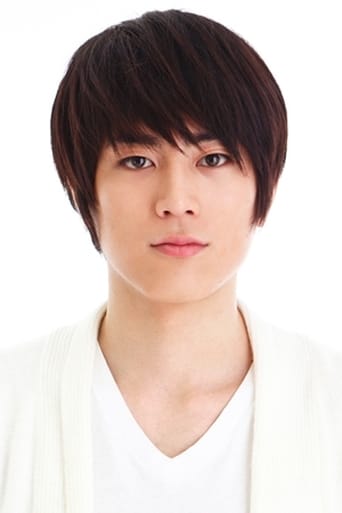 Shotaro Mamiya (間宮 祥太朗 Mamiya Shōtarō, born 11 June 1993) is a Japanese tarento and actor. He is represented with Tristone Entertainment Inc. Mamiya's real name is Shotaro Mawatari (馬渡祥太朗 Mawatari Shōtarō) and has nicknames such as "Shotaro" (祥太朗 Shōtarō), "Mamīnu" (まみーぬ, named by Takahisa Maeyama) and Mamitasu (まみたす, nicknamed by Dori Sakurada). His hobbies are playing guitar, watching films and listening to music. Mamiya's shoe size is 28 cm (11 in). He is often on good terms with fellow actors Ryo Narita, Dori Sakurada, and Yuma Yamoto on Twitter. Mamiya also professed that he sometimes meet Narita once in a month according to a variety show (Down Town DX). It is said that they are good friends from surrounding people, but they are suspected to be gay, but they have not denied it, and he told that he does not mind thinking of it. Mamiya's favourite actress is Kumiko Aso. From Wikipedia, the free encyclopedia