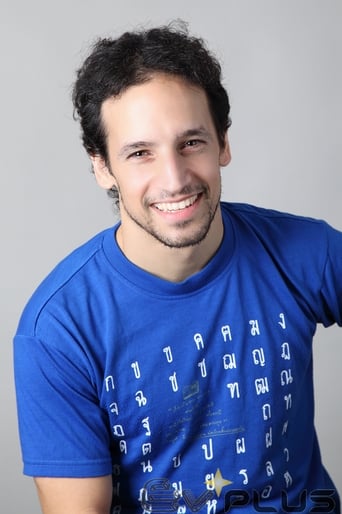 Steven Dasz was born in 1977 in Buenos Aires, Argentina; he started Tae Kwoon Do training when he was ten years old and soon after joined tournaments, in 1992 Steven initiated his training on the Japanese martial arts "Ninjitsu" and "Aikido"; he also got started in competitive gymnastics; two years after, Steven joined the competitive gymnastics team for the River Plate Athletic Sports club. In 1996 Mr. Dasz travelled to Sao Paulo, Brazil in order to train Ving Tsun Kung Fu directly from the master Leo Imamura, many more trips to Brazil followed the first one, in which Steven trained Capoeira and at the same time kept in touch with different masters. In 2004, he played the main role in the short action film "The Contact"; he also directed the action scenes, choreographed the fights, and co-edited the film entirely. Afterwards, Steven wrote, directed and starred in the short "Evolucion". He then played a Ninja in the short film "The New Guy" which had the honor of being screened in the Egyptian Theatre of Hollywood. Steven also participated in the film of Pedro Jaen "Tras los Pasos Del Bandolero" as the Kung Fu Intructor in October of 2009. In year 2010, Steven moved to Hong Kong to work around Asia pacific. His firts jobs was called "Medallion of Kung Fu" with Gordon Liu, followed by "Viral Factor" with Dante Lam whom a Director and this was film in Jordan Middle East, after the two movies. He received another project which is "7 Aum arivue" it's an Indian movie which filmed in Hong Kong, his another project he has been receiving a contract for "Ek Tha Tiger" with Salman Khan and it was filmed in Mumbai, India thus for a "Joker Game" it's a Japanese movie shoot in Batam, Indonesia and the last one was "Iban Warrior" filmed in the jungle of Malaysia. All the movies that he has done was a great experience for him and a rewarding career that he may bring to his next level of his career in movie production films.